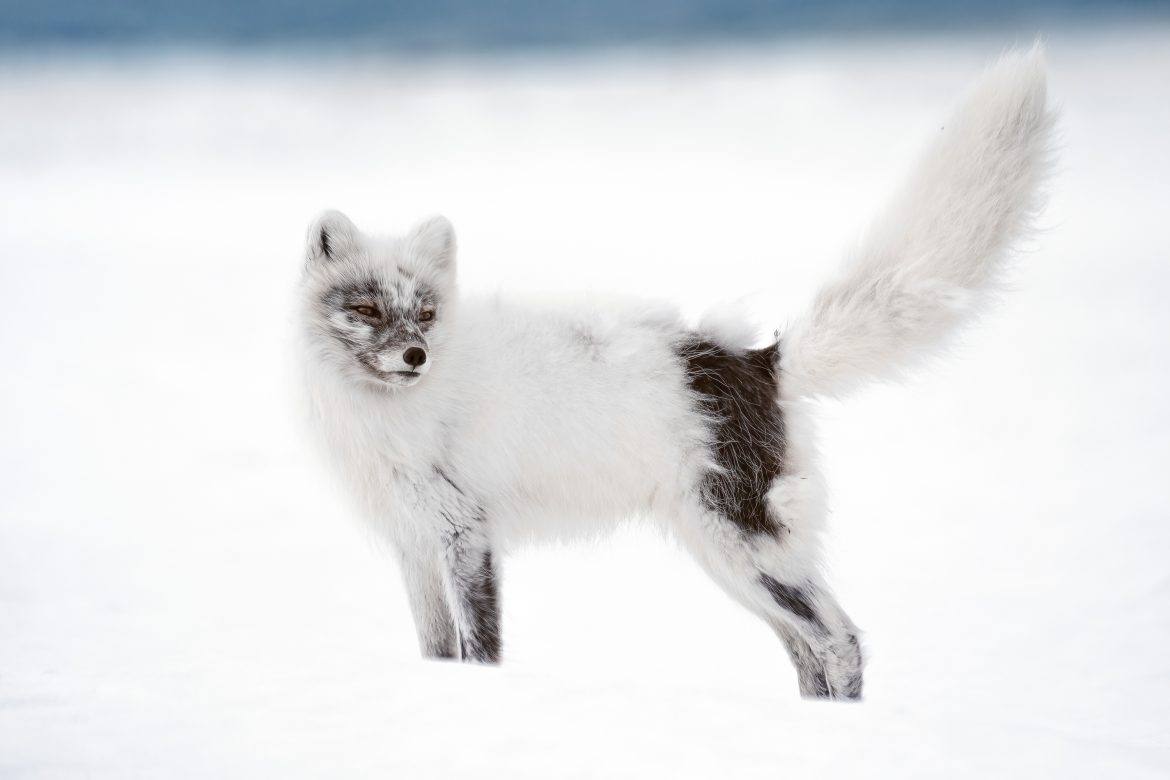 The Arctic is home to some of the most unique wildlife and landscapes in the world. With below zero temperatures and unpredictable weather, it’s also one of the most challenging environments to shoot in. Especially when it comes to Arctic wildlife photography, getting the shot can be a combination of both skill and being at the right place at the right time.

Out of all the places on the Arctic Circle, the archipelago Svalbard is the breeding ground for many different species. Among them are the Arctic fox, various seabirds, walruses, reindeer, as well as marine mammals (e.g. whales). And of course, let’s not forget, the majestic polar bear. But where do you find all these animals? What’s the best way to photograph them? And what do you need to watch out for? During my expedition with Better Moments, I learned some helpful tips on how to best capture the unique Arctic wildlife. So, grab your winter coat and let’s get right down to it.

1. Prepare Yourself for Everything

When embarking on Arctic wildlife photography, packing the right camera gear is essential. Since wild animals roam, you often have a window of only three to five seconds to capture that bucket shot. That’s why having the right lens and enough battery power on hand is a must.

Another aspect to consider is that wildlife is often located at a distance. Thus, a lens with a minimum focal length of 500mm, a wide aperture and internal stabilization definitely belongs in that camera bag. During my time in Svalbard, I tested the FUJINON 100mm-400mm f/4.5-5.6 with a 2x teleconverter to get a sharp and stable shot. When adjusting for shutter speed, following the “focal length vs. shutter speed rule” is always a good idea. This translates to using a shutter speed, which is at least as fast as 1 over double the focal length. So, if you are shooting at 500mm, make sure to set your shutter speed to at least 1/1000th of a second. 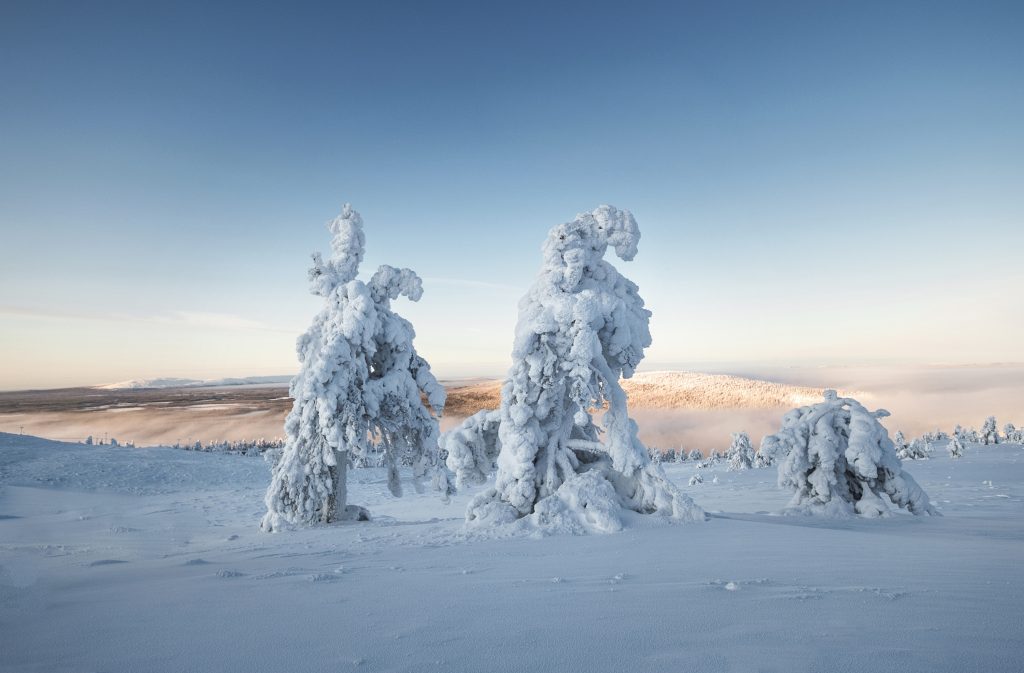 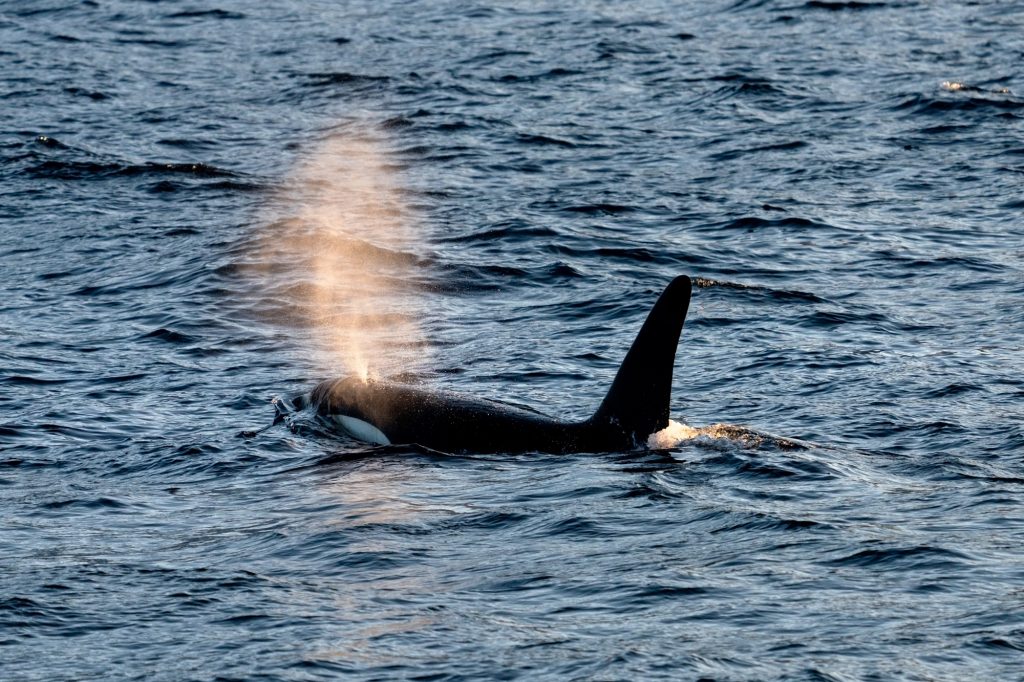 It is also important to note is that there are no camera stores or repair shops in the Arctic (who would have thought, huh?). This means that if your gear breaks, or you forget those extra batteries, the nearest possible place to ship gear from is Tromso or Oslo. And if you thought you could rely on Amazon Prime, I’m sorry my friend, but you’re out of luck. Shipping to Svalbard is rather complicated and packages often take at least a week to arrive. That’s why checking your bag before traveling and having a spare camera is of utmost importance. If you want to learn how to best select your travel gear, my guide How to Prepare for a Photography Trip should put you on the right track.

Needless to say, the Arctic is a remote place with few settlements and roads. In Longyearbyen alone, there is only a 50-kilometer stretch of road. This means that transportation by car is limited. In winter and early spring, travelling by snowmobile is the best option if you want to get around. But because of the dangerous wildlife (Hi, Mr. Polar Bear!), one of the rules in Svalbard is that you are only allowed to leave town with a rifle. So, if you’re planning on traveling without a guide, make sure to apply for a permit early and learn the basics of using a weapon.

Additionally, with the onset of climate change, many of the species in the Arctic are endangered and fragile. That’s why it’s important for photographers to adopt a “fly on the wall” mentality when photographing wild creatures. Feeding the animals, provoking them, or flying a drone close to them (or within a 5-kilometer radius of the airport), is strictly forbidden. And keep in mind: using a gun on a wild animal is the absolute last resort when your life is in danger.

Lastly, remember the motto “leave only footprints, take only photos” when traveling North. This ensures that the habitat of the Arctic wildlife stays clean and that the animals themselves do not consume any dangerous materials (plastic, anyone?). 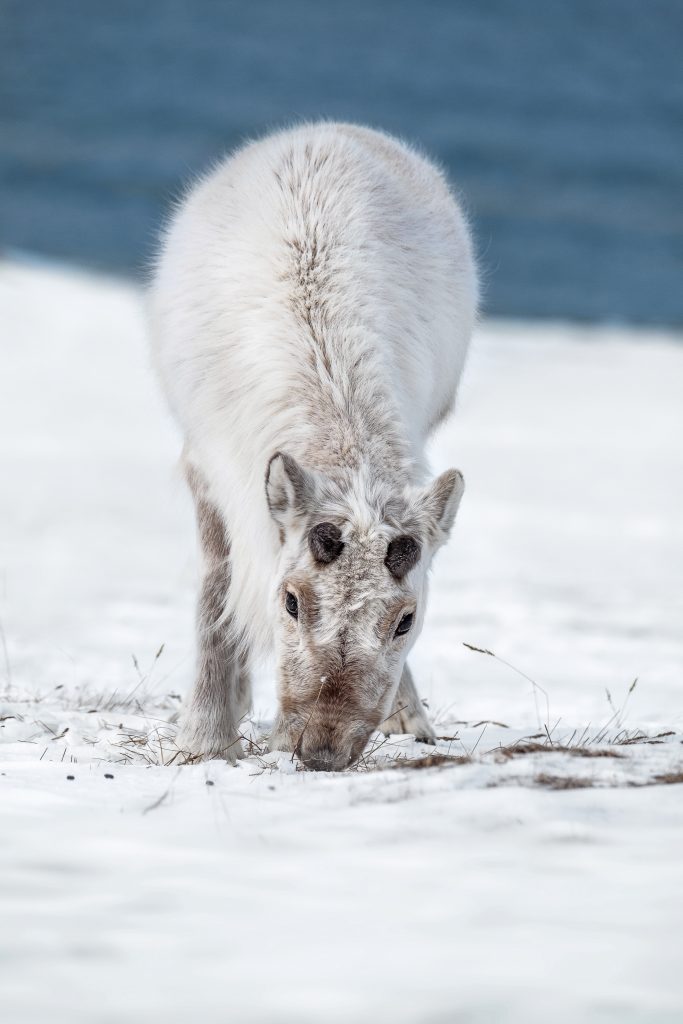 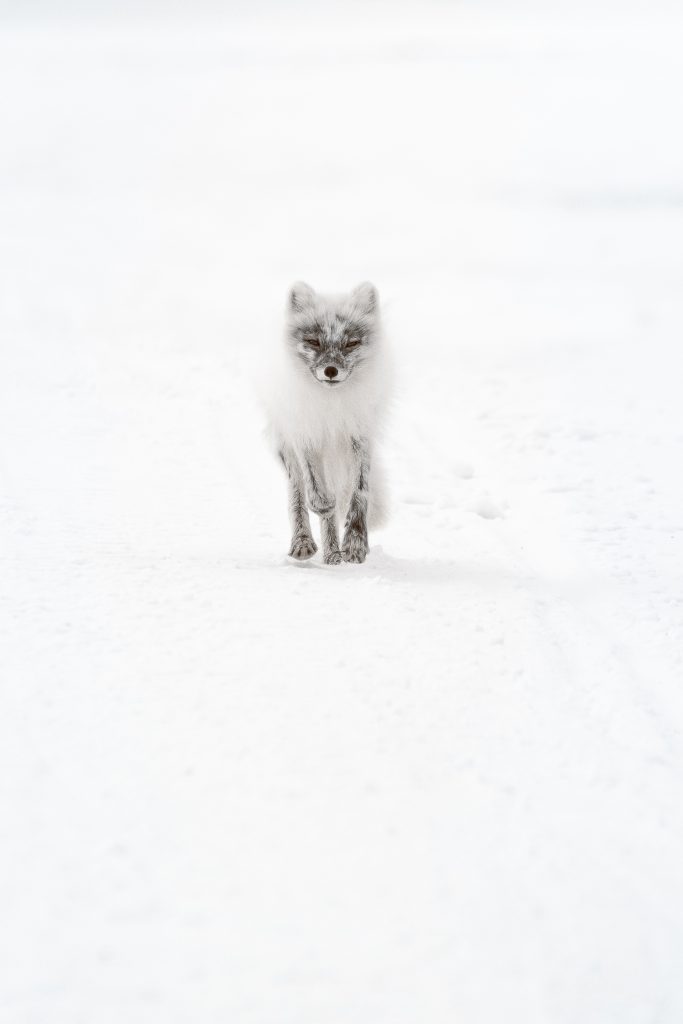 So, now that we’ve covered the basics, let’s get to the fun part of Arctic wildlife photography: how to locate wildlife in the area. While you can never know exactly where an animal is going to roam, there are several guidelines for different species.

Reindeer can often be found grazing in and around Longyearbyen. Most of them are comfortable around humans and remain undistracted when approached. Having said that, the best spot to find reindeer is wherever they can to graze. This is usually on the mountains around town or the outskirts of Longyearbyen.

Walruses live in shallow waters and spend a significant amount of time on sea ice looking for food. In Svalbard, there are certain spots accessible by boat, which practically guarantee the sighting of a colony. In particular, the tour provider Better Moments offers regular boat trips to the coast of Poolepynten on Prince Karl’s Forland. This is where walruses regularly haul-out on the beach.

These furry creatures are often on the lookout for food in and around abandoned cottages. This means that you can frequently locate them on the outskirts of Longyearbyen, where the surroundings are calmer. Another town with previous sightings is the abandoned Russian coal-mining settlement Pyramiden. The ghost town provides shelter for the foxes to hunt and hide in.

Among all the wildlife residing in the arctic, polar bears are the toughest to find. With only approximately 1,000 left in Svalbard, a likely place to spot the king of the Arctic is hunting, breeding, and denning on sea ice. This means that the two best options for transportation are either by boat or snowmobile. During my time in Svalbard, I embarked on a snowmobile tour with Better Moments across Adventdalen to reach the glacial coast. Despite only seeing a polar bear from afar, this is one of the most frequent sighting spots them. Yet, it is important to note that it’s forbidden to access this region without a local. 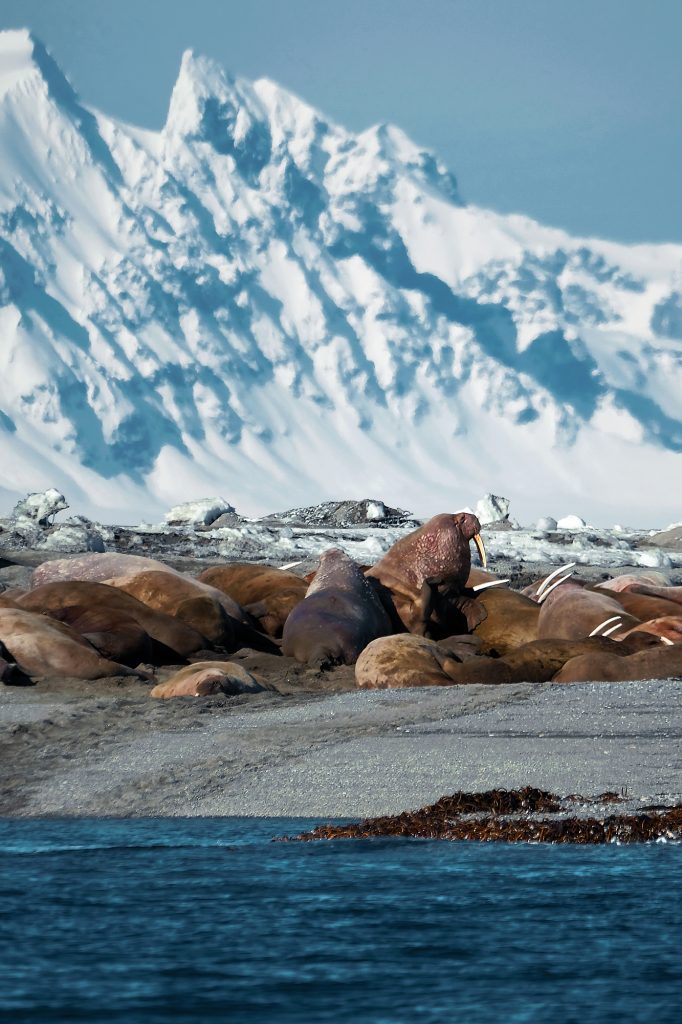 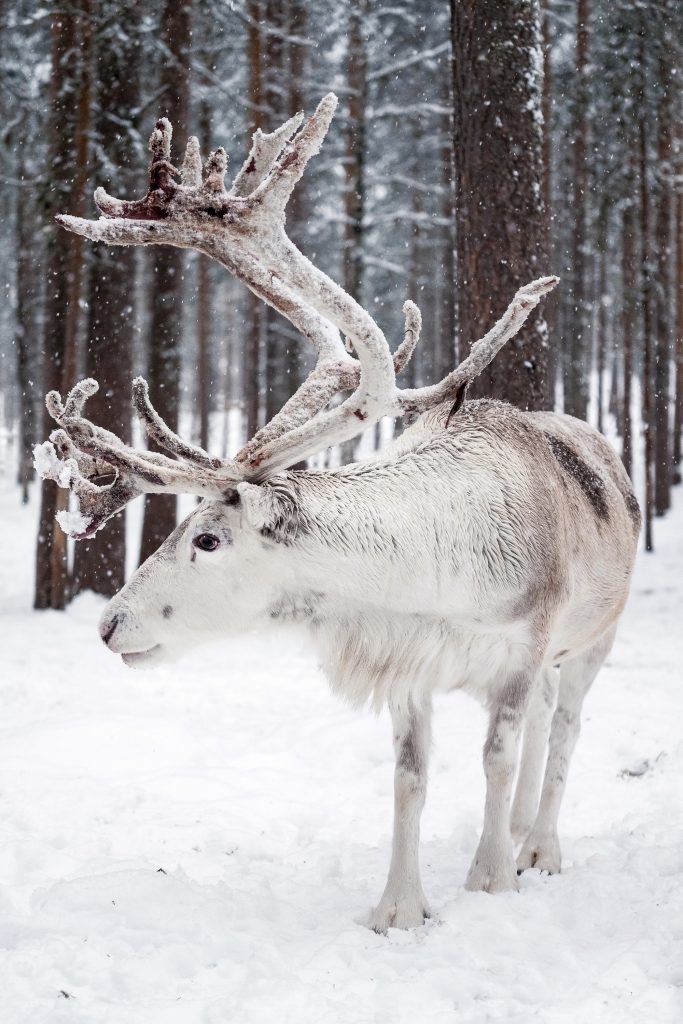 4. Work with a Local Arctic Guide

Local knowledge is irreplaceable when traveling to a place like Svalbard. Why? As one of the locals I spoke to said: “humans nowadays have lost many of the skills that allow them to survive in the wild.” More importantly, you are only allowed to access some spots outside of Longyearbyen in the company of a local guide. For this reason, working with someone who knows the ins and outs of the Arctic is usually the best idea.

While visiting Svalbard, I had the pleasure of partnering with Better Moments, which offers various tours around the archipelago. The tour guides I encountered during my trip were all very experienced, knowledgeable and professional. What I also particularly liked was that Better Moments kept the groups small. Thereby, a more private and less hectic experience was made possible.

While capturing wildlife is a challenge, it is also an utmost thrill to witness them out in the wild. Ultimately, having a guide to help you get that bucket shot makes your trip a lot easier. The added bonus? Meeting so many friendly and knowledgeable locals throughout your journey.

Lana Tannir is a professional nature, landscape and wildlife photographer and World Animal Protection ambassador. She specializes in conservation and animal welfare projects for organizations, editorials and sustainable brands. Currently based in Munich, she comes from a multi-cultural American-Croatian background. Her most recent publications include Terra Mater Magazine, National Geographic, Oceanographic Magazine, Wildlife Photographic, and Nomadict.

How to Prepare for a Photography Trip

How Ethical is Wildlife Photography?

How to Prepare for a Photography Trip

Lana Tannir is a landscape, wildlife and conservation photographer based in Munich. A World Animal Protection ambassador, she strives to promote global change by raising awareness, advancing education and inspiring people to act through her work.
As a National Geographic contributor, Lana provides an introspective into nature conservation and animal welfare with a focus on challenging environments and remote Arctic places.

Behind the Lens: Joe Morgan on Wildlife Photography and Conservation