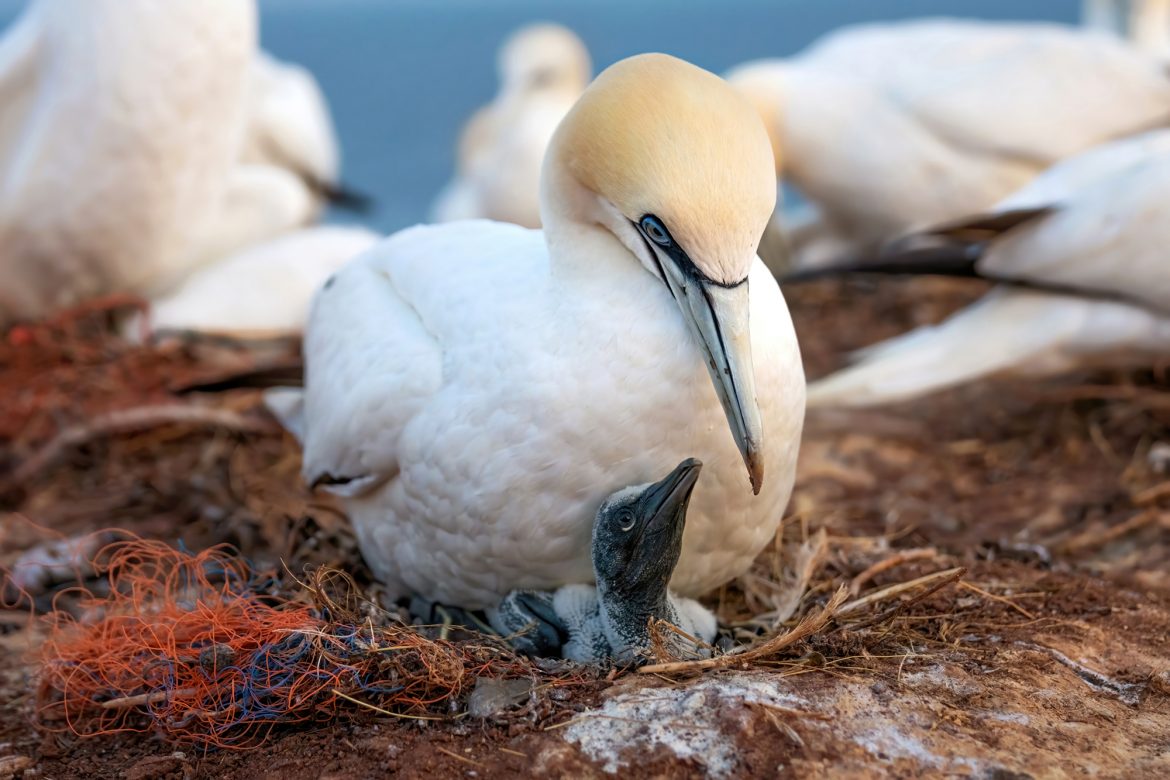 The first time I witnessed the problem of plastic pollution at a local level was in January 2020. As a nature photographer and filmmaker, I had strived to visit the remote German island Heligoland for many years. Capturing the grey and common seal colonies on camera was a long-term goal. However, what I discovered during my trip was vastly different than what I had initially expected.

Besides traversing the sand beaches of Heligoland’s neighboring island Düne, I ventured to the Lummenfelsen – a nature reserve, located on the western edge of Heligoland. Home to thousands of seabirds, I made a sobering discovery at the steep cliffs. The red rocks were lined with plastic waste. Besides algae, the seabirds were using colorful fishing nets, dolly ropes and nylon yarn to build their nests. The result: entangled in the plastic waste, the birds could no longer hunt for food or fell off the cliffs, hanging themselves in the plastic chords. Yet, what I witnessed was just the tip of the iceberg. 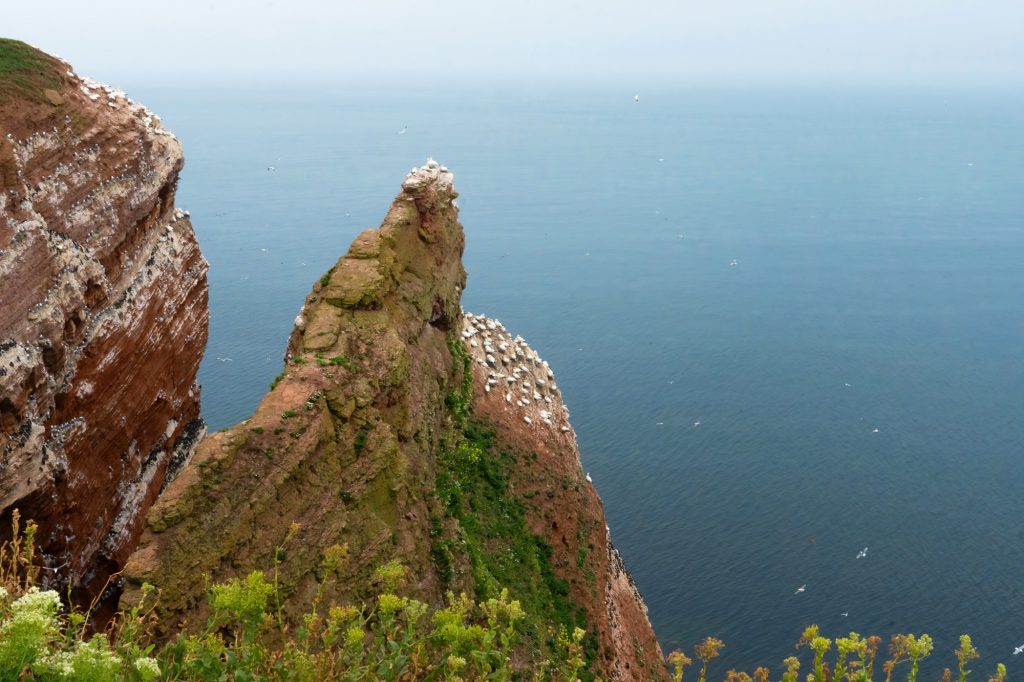 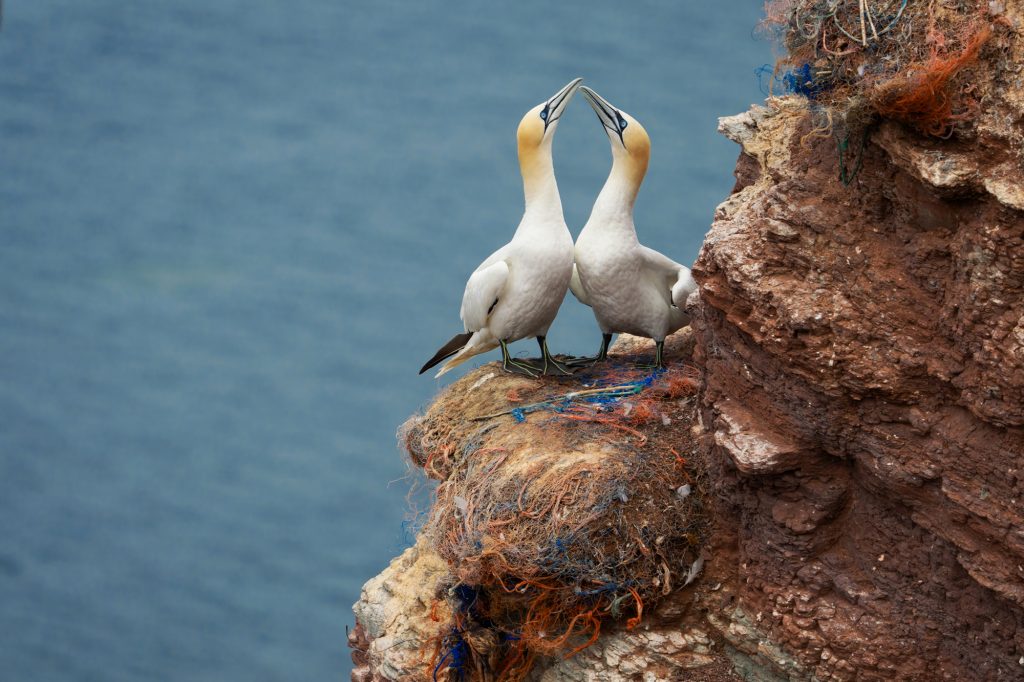 Plastic pollution increasingly contaminates the North Sea. The challenge in Heligoland opened my eyes to the issue at a local level. Rather than solely affecting developing countries, I learned that the problem is present right in front of our doorstep. According to the Naturschutzbund, approximately 20,000 tons of plastic is dumped into the North Sea yearly. Meanwhile 600,000 cubic meters are currently present in the depths of its waters. As a crucial habitat to more than 10 million seabirds and approximately 27,000 seals, these figures were staggering.

Even at a local level, the situation appeared hopeless. Consulting with scientists on site (Jordsand Verein, Volgelwarte Helgoland and Alfred Wegener Institut), I learned that conducing a cliff clean-up would induce more damage than good. Removing plastic from seabird nests would fail to resolve the issue at its core. In an effort to re-build their nests, seabirds would continue to collect fishing nets, balloon strings and plastic pieces from the North Sea. Additionally, the newly-assembled plastic would pose an even greater risk for seabirds. In contrast to aged plastic, seabirds are more likely to become entangled in fresh plastic pieces, as they have not yet become ingrained into the nest.

As a visual storyteller, I felt a responsibility to bring this local issue closer to a global audience. To illustrate the problem at hand using my craft and initiating sustainable dialogue. This when the concept for Above Sea Level arose: creating an immersive documentary series, which critically evaluates the challenges and solutions of the marine plastic pollution problem at a local level. 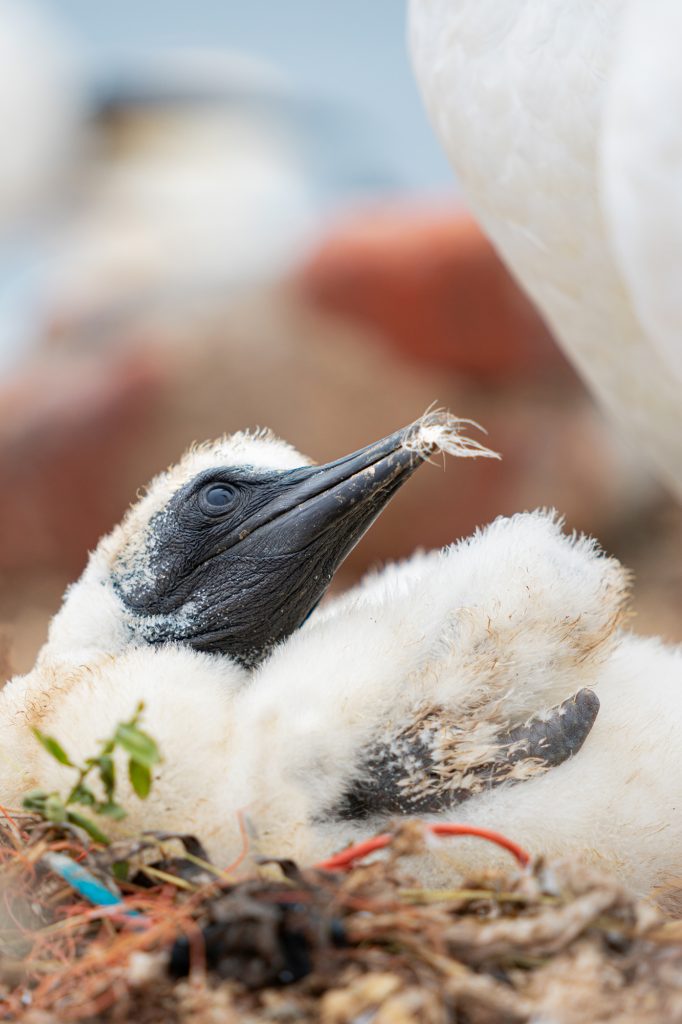 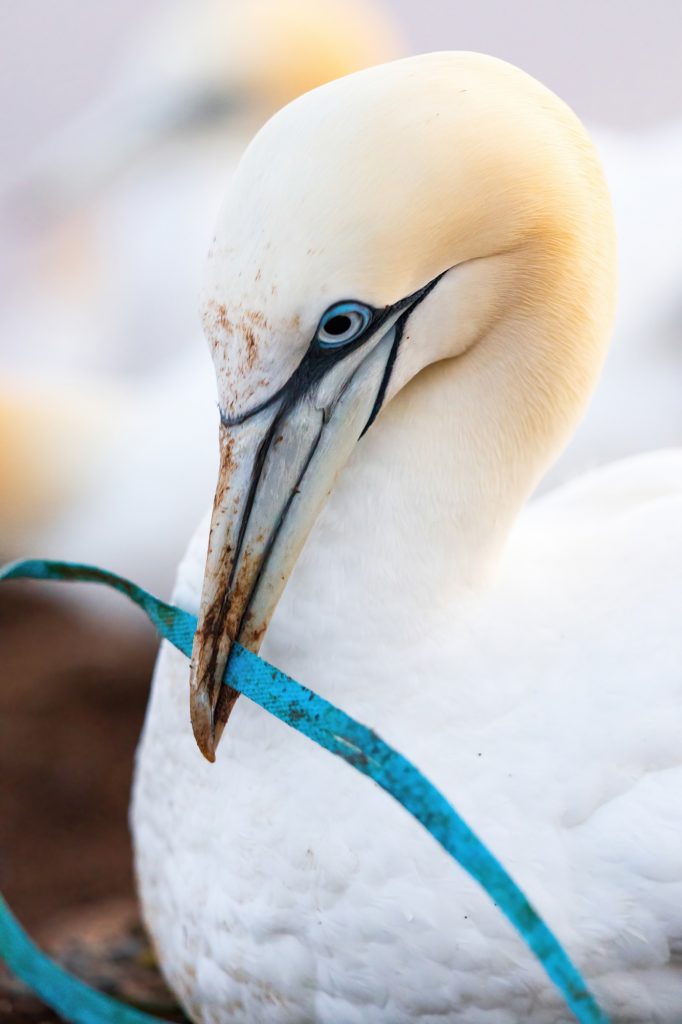 What Happens Above Sea Level

Many documentaries travel thousands of Kilometers to expose plastic pollution in foreign countries. They draw our focus away from the local issue and shift the sustainable dialogue elsewhere – to Asia, Africa, South America. Rather than tackling the problem from the inside out, audiences are directed look beyond, to witness plastic pollution “elsewhere”.

The documentary series Above Sea Level intends to highlight the problem of marine waste at our doorstep in Germany. Ultimately, the goal is to reveal the issue from a local perspective, showing that it is prevalent where we least expect it. By critically evaluating both challenges and solutions of plastic pollution, the goal is to raise awareness, educate and incite collective action. We want our audiences to question the problem, while simultaneously providing them with viable steps they can take to help resolve it.

Visual arts can serve numerous purposes in supporting conservation initiatives and inciting sustainable dialogue. Primarily, film and photography are conversation-starters and eye-openers, which help to shine a light on a particular issue. By documenting the problem at hand, scientific research is made accessible to a broader audience. The public is invited to connect to the topic on an emotional level, rather than being presented with dreary facts. Hence, one could say that visual art is the “middleman” between science and public understanding.

An additional benefit of visual arts is the illustration of cause and effect. As a people, we frequently tend to focus on our day-to-day challenges, rather than seeing the bigger picture. Filmmaking and photography help us to “connect the dots” between our personal choices and the world at large. People tend to care about problems that they understand. By presenting both the beauty and vulnerability of our planet, we can bring about numerous positive changes through community effort. For example: promoting education through communication, inciting the public to engage in sustainable practices, and putting pressure on industries and governments to become more sustainable. 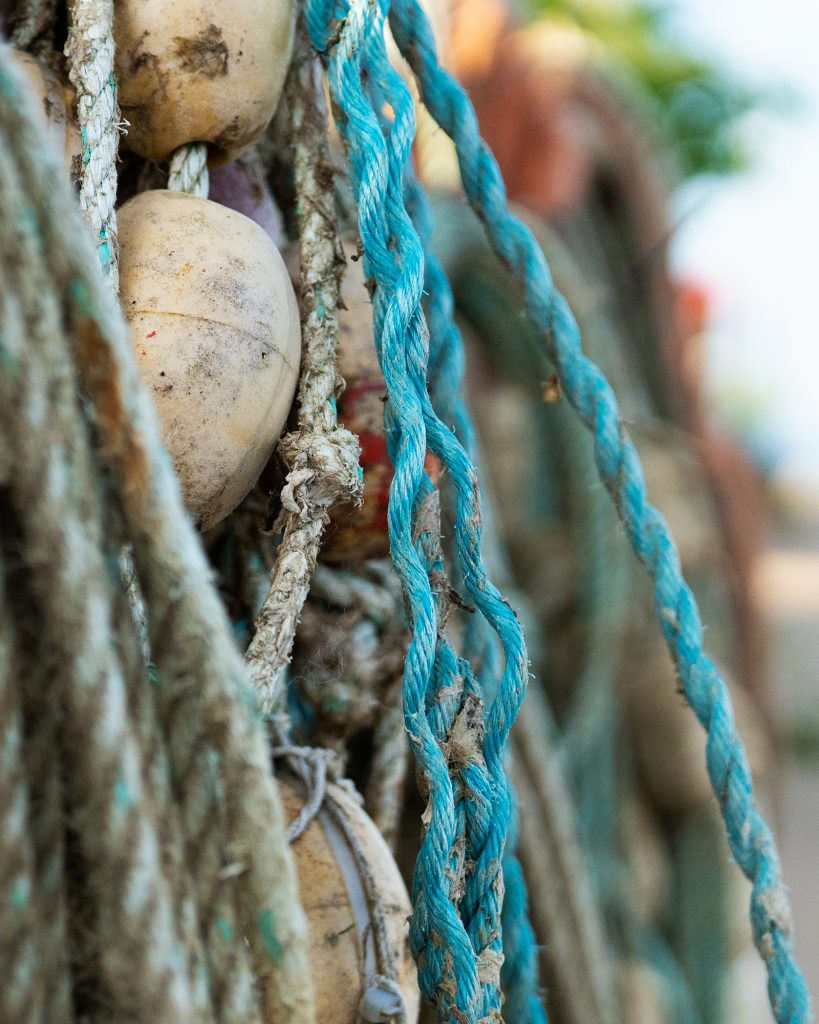 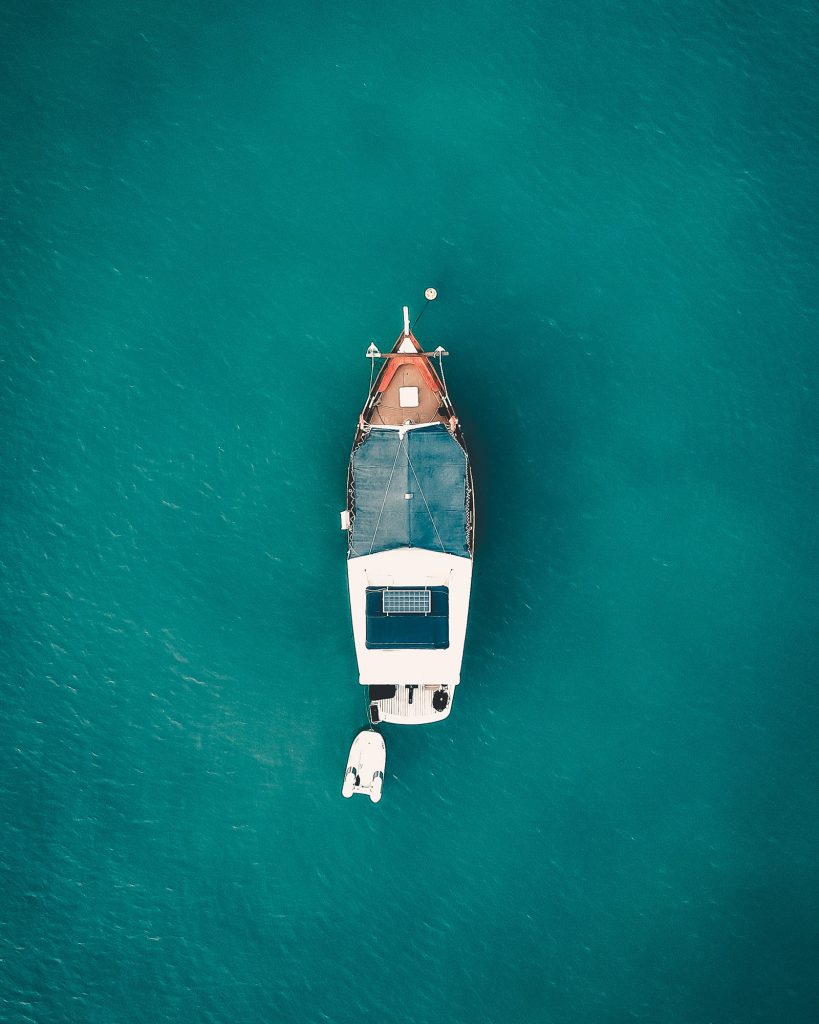 Inciting Conversation is Key to Sustainability

The cornerstone to resolving the issue of marine plastic pollution is a circular economy. Therein, all the plastic that is produced is either upcycled or recycled. Research institutes and NGOs are working hard towards finding solutions to marine plastic. However, it is still unclear how soon there will be a viable innovation or alternative.

Community efforts can start immediately. The sooner we raise awareness and initiate sustainable dialogue using the visual medium, the sooner we can start making change. In recent years, we have witnessed the power of social media and visual communication in creating a global movement towards climate action. By featuring thought-leaders, young activists and innovative researchers in Above Sea Level, we engage young generations with a contemporary, inspiring and emotional message: that they have the power to change the world by starting at their own doorstep. The problem is now. And we can act on it now.

Read also: Why Nature Photography is Now More Important than Ever

Lana Tannir is a professional nature, landscape and wildlife photographer and World Animal Protection ambassador. She specializes in conservation and animal welfare projects for organizations, editorials and sustainable brands. Currently based in Munich, she comes from a multi-cultural American-Croatian background. Her most recent publications include Terra Mater Magazine, National Geographic, Oceanographic Magazine, Wildlife Photographic, and Nomadict.

Photographing Wildlife in a Hide: The Pros and...

Interview: Nature Conservation in the Arctic

Lana Tannir is a landscape, wildlife and conservation photographer based in Munich. A World Animal Protection ambassador, she strives to promote global change by raising awareness, advancing education and inspiring people to act through her work.
As a National Geographic contributor, Lana provides an introspective into nature conservation and animal welfare with a focus on challenging environments and remote Arctic places.

Photographing Wildlife in a Hide: The Pros and Cons