Wildlife Trails in the North Sea 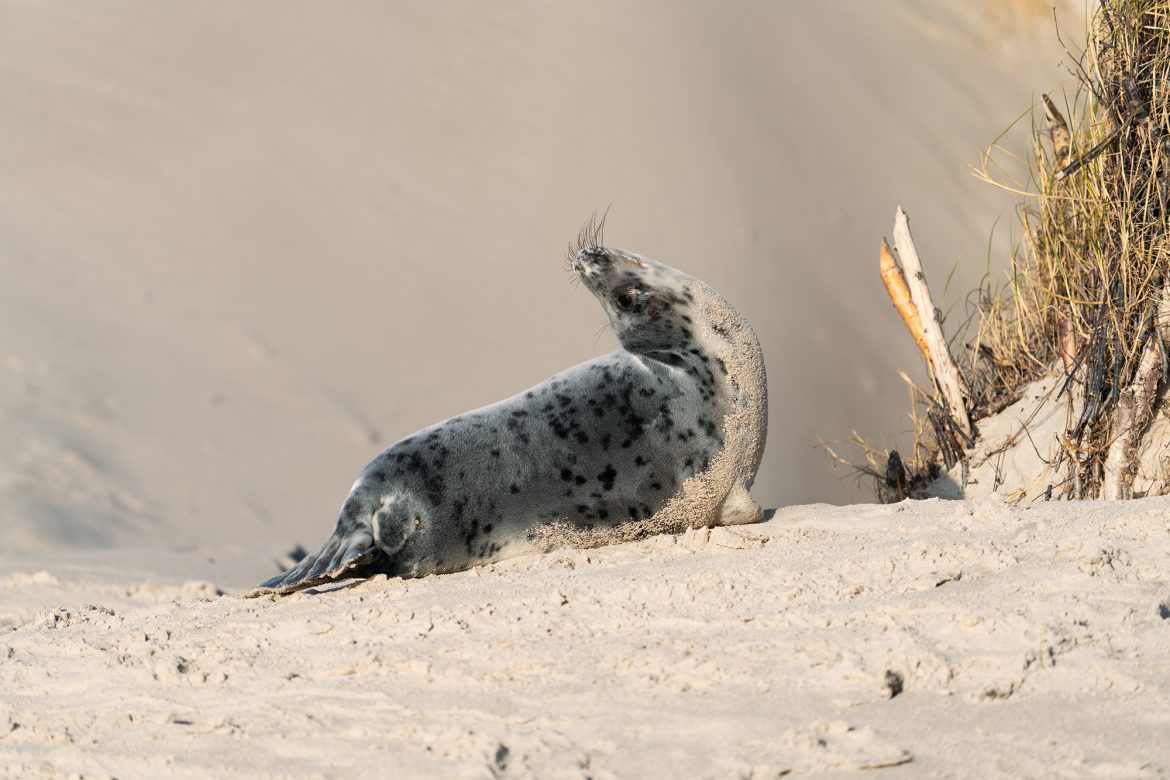 Venturing to the North Sea

The brisk morning air shudders me awake as I linger on the ferry deck. It is the middle of January, and the mist condenses on the frosty glass windows of the robust ship. The wind whistles as we sail across the restless waters of the North Sea. Forty-four miles from the mainland harbor. Four years of striving and planning. Finally, I am on the way to Helgoland, accompanied by my bulky photography gear.

Two and a half hours later, the ferry docks on shore. I am met with a tranquil solitude as I disembark. The remoteness of the island is distinctly apparent. And yet, I feel at home among the rustic sandstone cliffs and the saltwater scent. With a population of approximately 1,130 spread out over 170 hectares of land, an air of familiarity lingers on the island.

The North Sea shore harbors many islands. Yet, none is comparable to Helgoland. As the only island in the high seas, the archipelago attracts a vast and unique variety of flora and fauna, which benefit from the proximity of the gulf stream. This is precisely why I am here. My goal is to photograph the astonishing seal colonies of the North Sea during the whelping season. 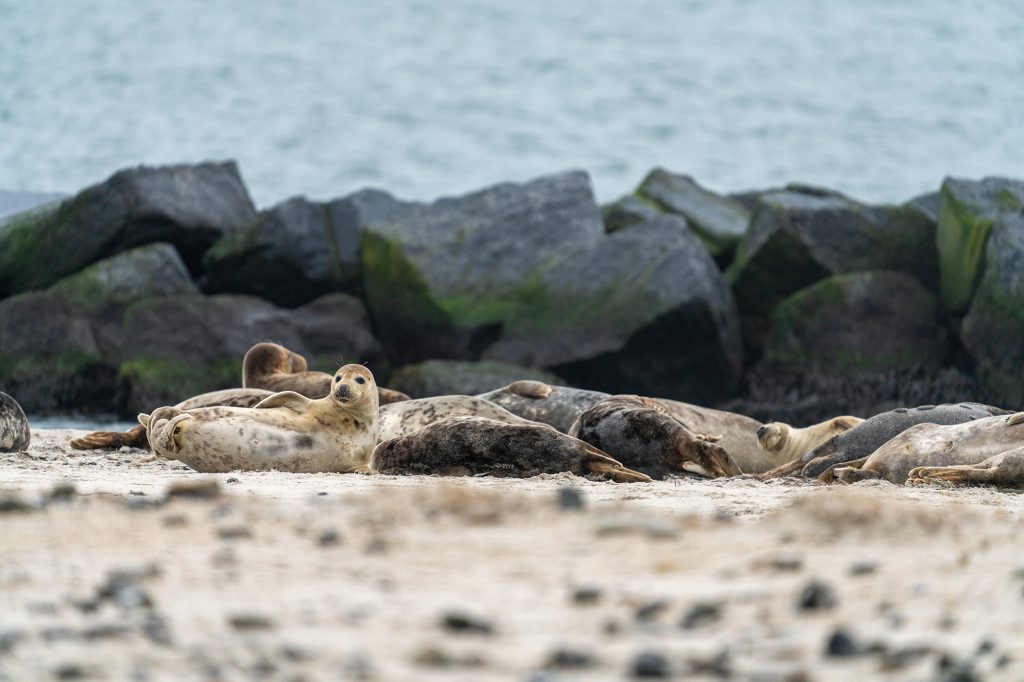 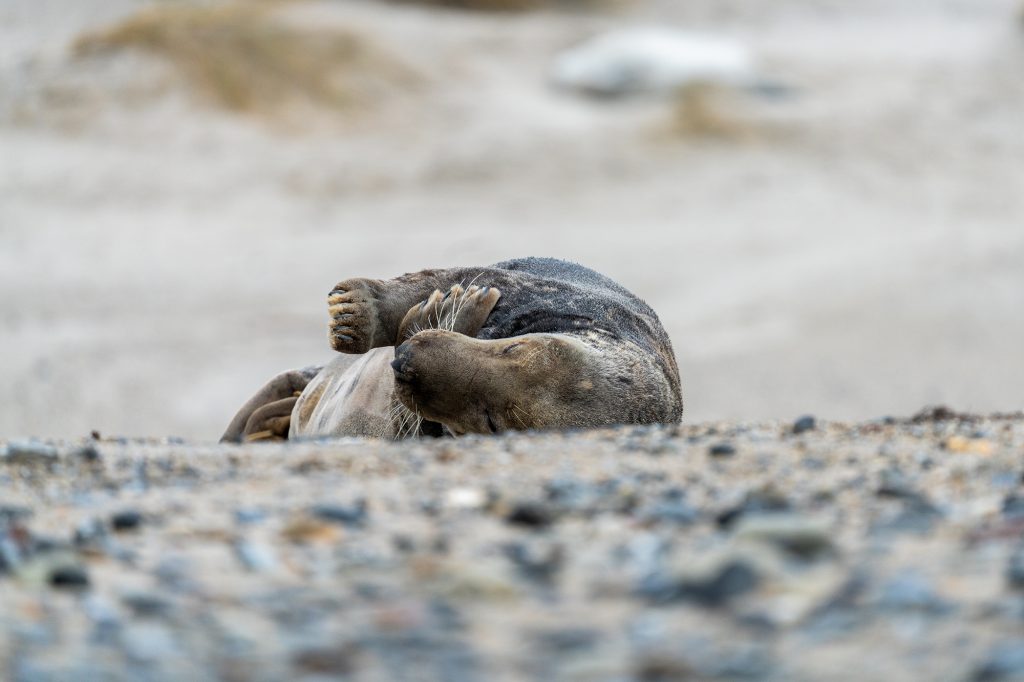 The Seal Colonies of the North Sea

Helgoland harbors a vast array of unspoiled nature and rare seabirds that reside on the red rocky cliffs. Helgoland’s neighboring island, Düne is home to the grey seal (Halichoreus gryphus) and common seal (Phoca vitulina, also known as the harbor seal). The grey seal is one of the rarest seal species across the globe. Therefore, the opportunity to witness these unique marine mammals during cubbing season carries even more significance.

Common seals spend the winter months in the open waters in the northern hemisphere. They frequent the sand banks of the North Sea at low tide and during the pupping season in the spring. In contrast, the whelping season of the grey seal begins during the winter months and lasts into January. During this time, the North Sea swells with white-furred seal pups. They can be seen hopping along the shores and sand banks.

Upon birth, the cream-colored pups are suckled by their mothers around five to six times a day for approximately three weeks. This allows them to form a thick layer of fat called blubber. This insulates both babies and adults from the cold seawater. Upon tripling in weight and molting their baby coat, the pups are left to fend for themselves in the North Sea. The young seals live off their fat reserves for several weeks. Meanwhile, they learn how to hunt and feed on fish and cephalopods (mainly squid). 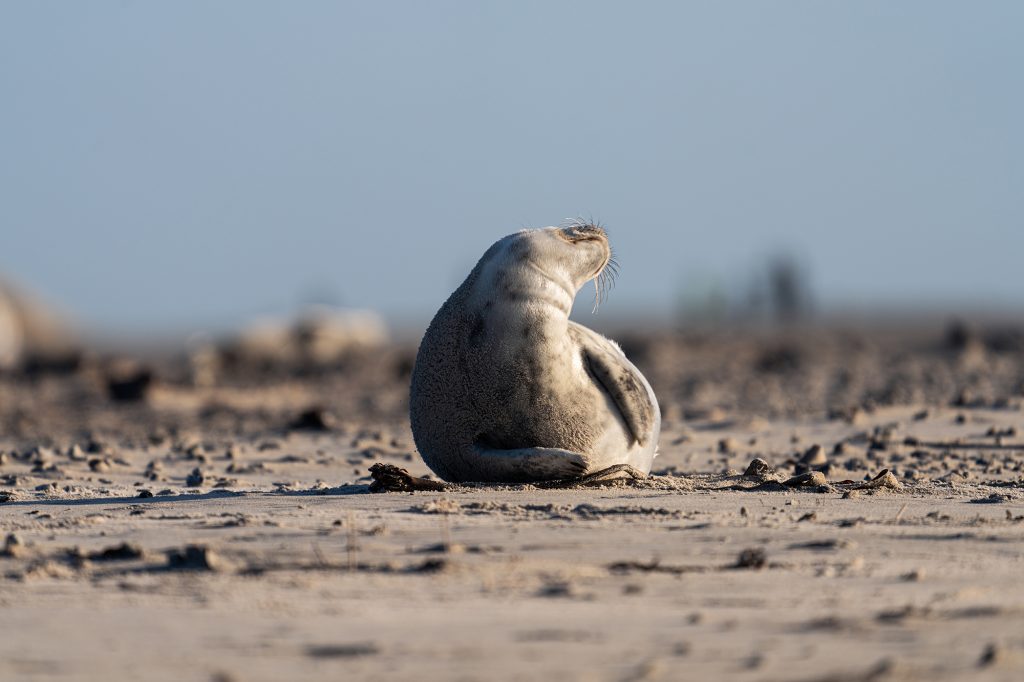 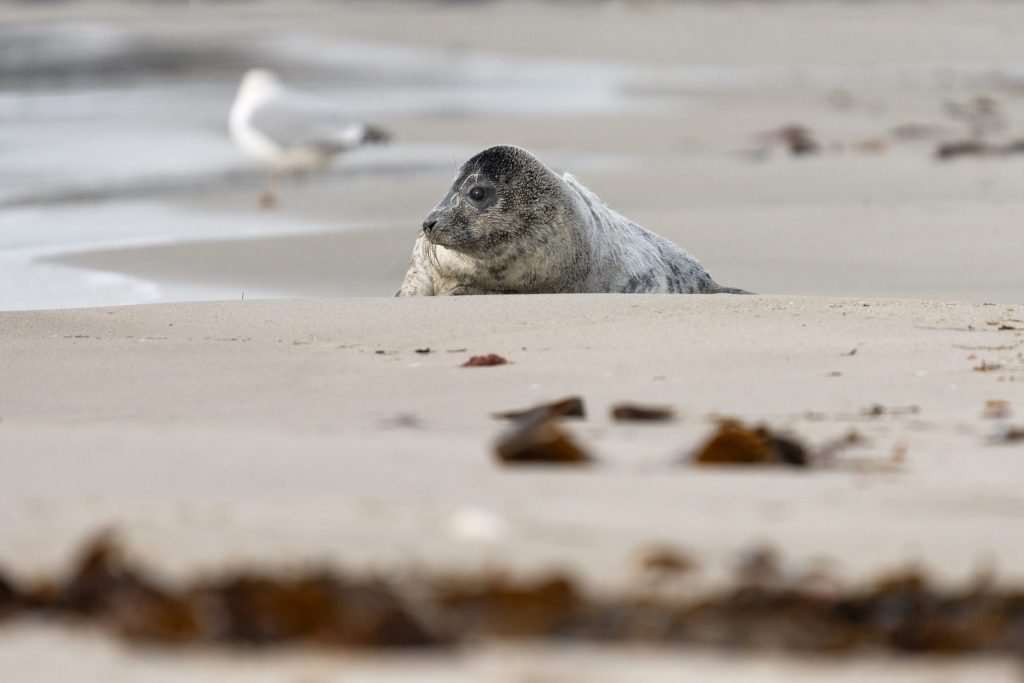 Besides water pollution, plastic waste and entanglement in fishing nets, climate change lurks as an imminent threat to future seal colonies. Seal numbers increase in response to rising water temperatures and a greater abundance of food. As a result, population overcrowding, difficulty in locating suitable pupping sites, and a higher aggression among females within more dense parts of the colony ensues. Hence, as water levels continue to rise, this challenge is magnified due habitat loss and the flooding of pupping areas.

Disturbances through tourists can also have stark effects on seal colonies. Primarily, seal mothers abandon their pups if they perceive a threat in the vicinity of their baby. Consequently, young seals that are being suckled wind up starving to death or drowning. Frequent and close human contact may further aggravate the situation.  Should seal pups perceiving tourists as play mates, they may potentially inflicting serious injuries on both parties. Lastly, many conflicts break out between seal bulls during mating season. Hence, photographing in their vicinity puts both the animal and photographer at risk – especially considering that bulls weigh up to 300 kilograms. Therefore, an ethical approach of seals must closely be observed when photographing them. 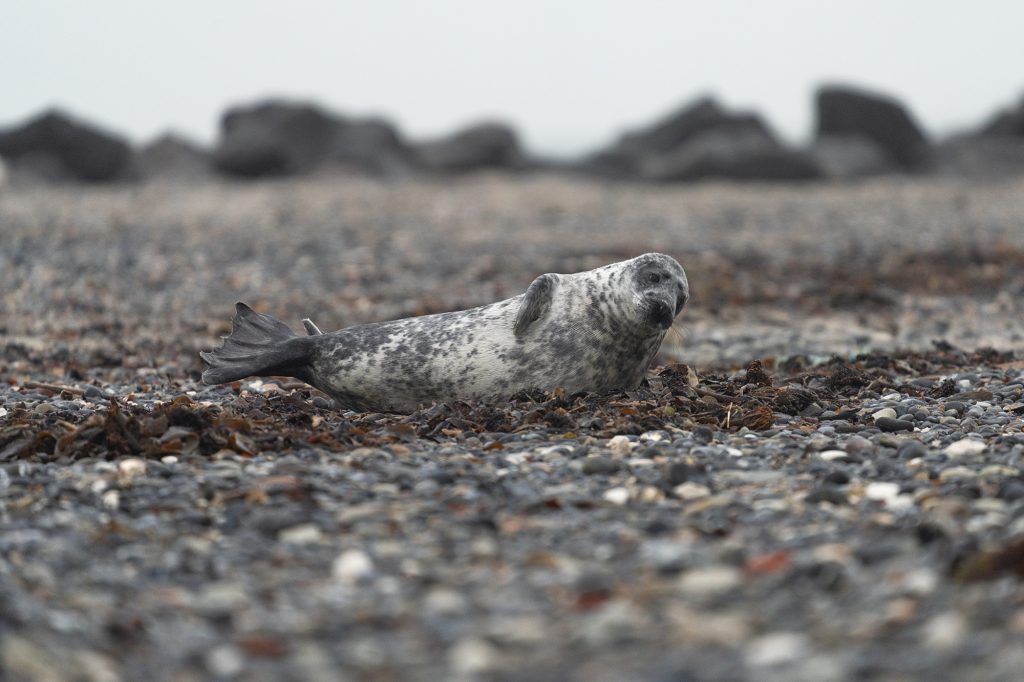 Helgoland and its neighboring island Düne provide a unique insight into the majestic and raw scenes of  nature. The unspoiled environment is a vital reminder that life can prosper even in the most remote regions and unpredictable climates. Faced with numerous threats, common and grey seal pups are living proof of the resilience that resides within these unique colonies.

With the thriving seal population of the North Sea, the archipelago is an exceptional opportunity for photographers to document, capture, and observe these marine mammals. Even more so, it is a chance to learn about the challenges that these species face and contribute towards conservation efforts through photographic storytelling.

Photographing Wildlife in a Hide: The Pros and...